12/4/2018  I was busy scrolling through my Instagram at 3 a.m enjoying a good laugh from memes when a certain hashtag caught my eye #ifikiewazazi. This is a Swahili phrase to mean “let it get to the parents” or ”make it known to the parents”. The hashtag was a viral campaign that came as a reaction from the general public to certain scandalous pictures posted by alleged high school students on their Instagram accounts. Of course, I went out looking for more information on the issue. Once in a while, even the most curious lot among us despise our curiosity. We find information and it turns into a whole hurricane in our minds that will not pass until it has spread out. In light of that, this post may take a different form from all the rest but it has to be done.

Context:   As I was doing a meme run-through and random internet search (the type of things you do at 3 a.m because counting sheep is not a viable option anymore) I stumbled on an interesting hashtag that was going viral in Kenya ( my home country that I absolutely love). #IfikieWazazi which means ‘let it reach the parents'(direct translation isn’t easy guys) had gone viral as a reaction of the public to scandalous pictures that were posted on some social media platforms. The scandalous pictures depicted different couples and individuals all in very compromising situations and had levels of nudity, sexual connotations, and graphic sexual language on captions and in some videos all taken in public places.The people in these pictures are allegedly highschool students which makes them roughly 14 to 17 years old. #IfikieWazazi is aimed at exposing these teenagers and getting them publicly shamed.

So why are people angry?   The first problem that has sparked anger in most people is the fact that these teenagers are misusing the freedom of street photography. This is a big issue as it is something that activists and photographers have been fighting to achieve for years. Such photoshoots may result in a ban on street photography or the reintroduction of harsh fees for professional photography within Nairobi; it could reverse the progress in the Kenyan photography industry.

Of course, some of the complaints are from a moral standing.People are disappointed in the seemingly loose, immoral and sexually explicit conduct of these teenagers. In the spirit of exposing these ‘immoral children of today’ more pictures and even videos have come up showing just how deep the immorality has gone. Suddenly, everyone on social media has become The Morality Police and they are exposing everyone and speaking out on how rotten this generation is SMH.

Penny for my thoughts?

After soothing myself into calmness from the mixed emotions that had clouded my mind while I scrolled through the story I was able to think clearly and these are just a few thoughts I had in relation to the #IfikieWazazi scandal.

I’m conflicted about the approach being used to deal with this issue. I can understand why exposing these teenagers feels like a  good solution. It passes a clear message to young people to be careful about what they post online, it also serves as a wake-up call for parents and guardians to be keen on their children’s social activities. However, what are the long-term effects of this steps? Compromising images of teenagers are being circulated with harsh comments as people seem to be more concerned about administering a punishment,  the emotional and psychological consequences are damned! Regardless of the gravity of this scandal, these are still children and I think they deserve second chances. I am disappointed that as I went through the story I did not see even one post that tried to stop people from sharing those pictures.Everyone was out to get the images to go viral and some people even used this opportunity to spill some sick humor. I believe that it is our role as a society to protect our young people and help them get back even when they stoop so low.Finding a balance between punishment and learning.

As I looked through those photos and watched some videos a few things stood out to me. One was that the girls had been objectified in those pictures and extremely sexualized. It is unfortunate since this is not something that is being done to them by members of the opposite sex only, but they are objectifying themselves too. Young women have been objectified and some have reached a point where they believe it too. This speaks volumes about how society has failed the younger generations by propagating social norms and gender roles that objectify people. There were a bunch of pictures of nude girls and none had nude boys, a lot of those pictures had the young women seemingly going down on the men but I did not see any showing a man going down on a woman. Most of those images portrayed images of women pleasing men, submitting and being objectified. Such a perception of women is the reason why rape culture in Kenya seems to be on the rise especially among women and it is cause for all the gender inequality seen in bigger social institutions.

The second thing I noticed was young people trying to take ownership of their bodies and sexuality; I saw a cry for help from many young Kenyans. Young people, especially women, have been denied a chance to express their sexuality and have been taught to suppress every single aspect of it that they find themselves in situations where they do not know how to deal with any of it. Unfortunately, the sources of liberation they get are from people who want to abuse them, bitter people, and people who also have no idea what it means to truly embrace their sexuality. This has resulted in so many young people engaging in risky sexual and social behavior.

It is time we re-examine the way we have been raising children and the perceptions we have feeding them regarding gender and sexuality. Could the sheltered and often bias approach to sex education, gender roles, social norms, and sexuality be a cause of risky sexual and social behavior among young people? I think we need to stop teaching fear, blind abstinence and taboo ideologies about sexuality and start teaching young people what sex is about, healthy sexual behaviour, how to love themselves, to embrace their sexuality and to be respectful of other people regardless of their gender. Of course, this will make sex talks harder than they were but change is not easy(I’m pretty sure that is a famous quote, if not then it should be). The world is changing at a fast pace and if we do not adapt to it we are the only ones to blame for the chaos looming in our future.

At the same time, the older generations have to be better role models. We need to be more intentional about social issues and work tirelessly towards fixing them. We need to be at the forefront speaking out against gender prejudice, rape, sexual harassment and other issues.We too need to understand our sexuality, embrace it and express it in safe ways so that the younger people can have people to look up to and places to get answers when they feel lost. Last but not least we need to think of better solutions when the shit hits the fan other than naming and shaming. 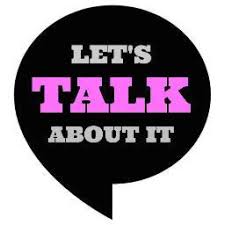 why are we sexual?  why is sex important? what does gender have to do with sex or sexuality?